I am a student in computer science

In the photo I sent, there are two groups of identical atoms in each group, with a series of identical atoms between in yellow. In Lamps, I simulate this shape in C - B - N . Now, it is a question to me when using heat or even crack with the assumption that the bond between atom 1 and 3, as well as 1 and 2 of the links between the atoms of 1 itself, is greater.

Can it be calculated that to what extent this bond energy, which exists between atom 1 and 2 or 1 and 3 at the first and fifth levels?
Which bonds are at a lower pressure at the same time and less impact on the stronger bond that occurs at the first and fifth levels?
. Is there a formula for it?
Can it be said that up to this level of the atom is affected by a bond between the two atoms? 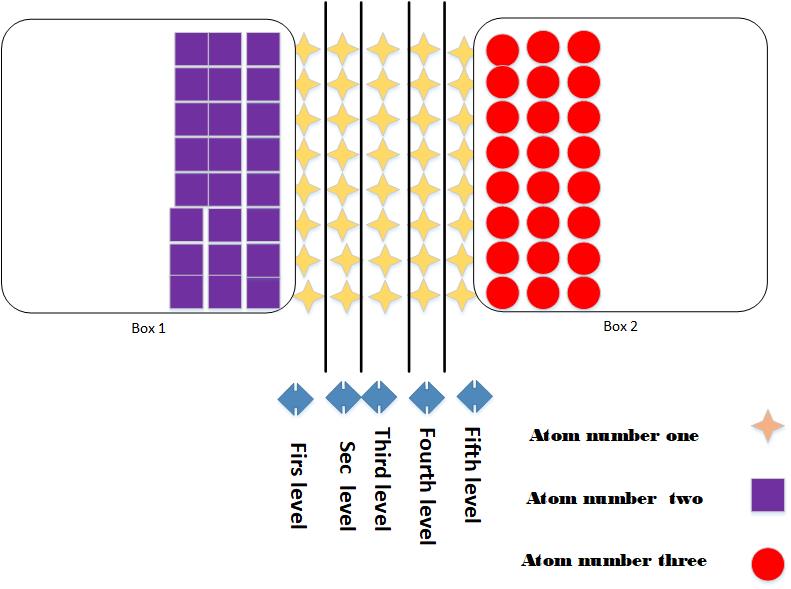