Hi;
I want to make a setup for my system composed of a box with a wall as a
memberane that has a pore in its center so that the box is divided into
two parts, a besd-spring chain as a polymer that the first bead is in mouth
of pore before starting the simulation and a large number of spherical
particles as implicit solvent in two parts of simulation box. I used Packmol
package for this but i cannt make this configuration correctly.
Do you have any suggestion about making the first configuration for running
a simulation?
I know Lammps cannt make configuration
Thanks;
Samira

There are various builders out there which you could try.
You can always write code yourself to generate the
geometry and dump the results to a LAMMPS data
file for input. For coarse-grained models, that
is often not hard to do.

That depends on the system, although in Samira's simple example it
might be true if the user knows how to do some scripting.

However ...
..."moltemplate" can handle this kind of system pretty easily.

I feel that non-programmers ought to be able to use LAMMPS for these
kinds of simple simulations. (I'd hate to see LAMMPS users limited to
people with programming or scripting skills. Nothing against
programmers, but I'd love to see experimentalists and science students
without programming clue using lammps too.)

Because it makes a pretty example, I attached the moltemplate input
files (LT files) that generate a system similar to the one that Samira
described. (Multiple files because I broke the system into pieces.) 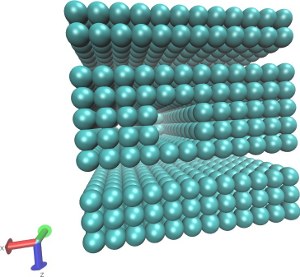 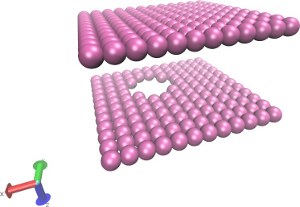 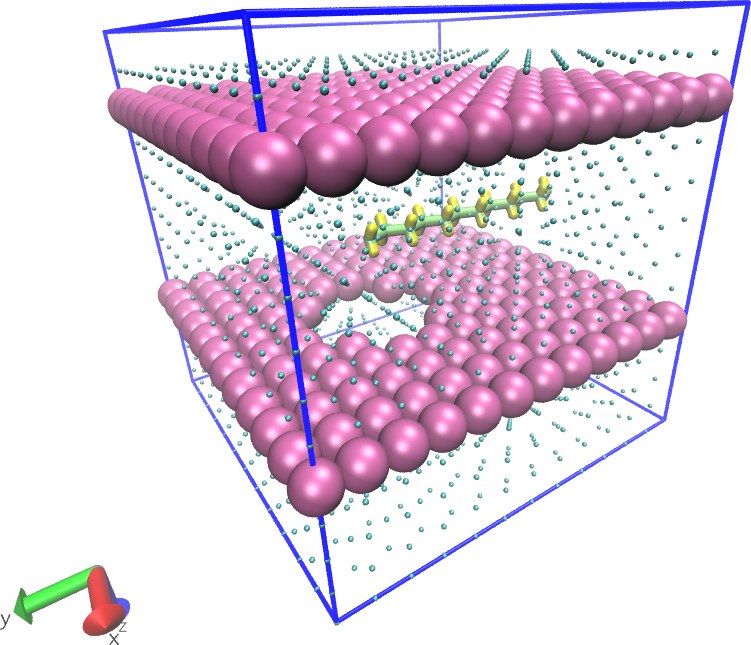