How portable is LAMMPS?

Recently, I became curious about how portable LAMMPS is and on how many different operating systems it can be compiled and run. Primary development platform is Linux, and - by now - an overwhelming percentage of HPC clusters runs some form of Linux. So Linux support is a given and with RedHat/Fedora and Ubuntu we are testing on the most popular Linux flavors for clusters and desktops/laptops respectively. Beyond that we have:

Within the last couple of weeks I’ve also tested (in an x86_64 virtual machine):

Does anybody know/use some other operating system where LAMMPS is or could be compiled and run?

I am curious, if I overlooked anything.

P.S.: Perhaps I should have used “How geeky are LAMMPS developers?” as title to get the attention of people who would know.

Thank you for the hard work, I am just curious about if anyone who does research will use other operating systems.
I have seen some students using MentOS, but I think LAMMPS should work fine.
I remember finding a good website which has many virtual machines(I dont remember the name now).
But here some websites for virtual machine

Download virtual machine (VDIs) for VirtualBox, which are installed by our team and ready to use for you. We provide ready-to-use virtualbox images 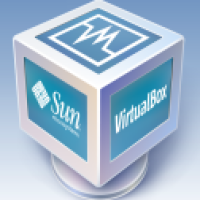 We provide pre-built images for several open-source operating systems. Please note that: Every image contains the latest software as of the day the image was built. Performing updates is on your ow…

I have seen some students using MentOS

Thanks for the links to the VM repositories, most of those seem to be some Linux variants or OSes for “embedded systems”. The rest is mostly already what I had tried and either succeeded with or not.

I was motivated to take a closer look by this commentary article: Unix is dead. Long live Unix! • The Register

It is a bit of a trip down memory lane for me, since over the years I have been running MD simulations and other computations on AIX, Irix, HP-UX, SunOS, Solaris, OSF/1, OS/2, and VMS
and was curious about how many of those are still around and can be run on an x86 system (and then of course the next question is to get everything to work and there are always little details that do need some work, when going to a different operating system, especially with a package as large and diverse as LAMMPS).

From a little more exotic OSes, I was able to compile LAMMPS on Android using an app called Termux. A serial and OpenMP version works, but I wasn’t able to use it with openMPI. However, this appears to be more a openMPI issue than LAMMPS.