I have some question about the material’s geometry after thermal relaxation with NPT.

I have used AIREBO potential and EAM potential for graphene and Cu respectively.

I have currently checked my script with different distance between single graphene layer and Cu top surface.

When I have 0.8nm for the distance and ran the relaxation, its geometry was fine.

However, its geometry was strange when I have 0.5nm for the distance.

It means that some Cu atoms were on top of graphene and graphene is in between two Cu layer as attached picture.

Also, graphene and Cu structure were bent at 0.5nm distance but there was not any bending at 0.8nm distance.

Here is my lammps scripts.

I’d appreciate it if you give me some comments. 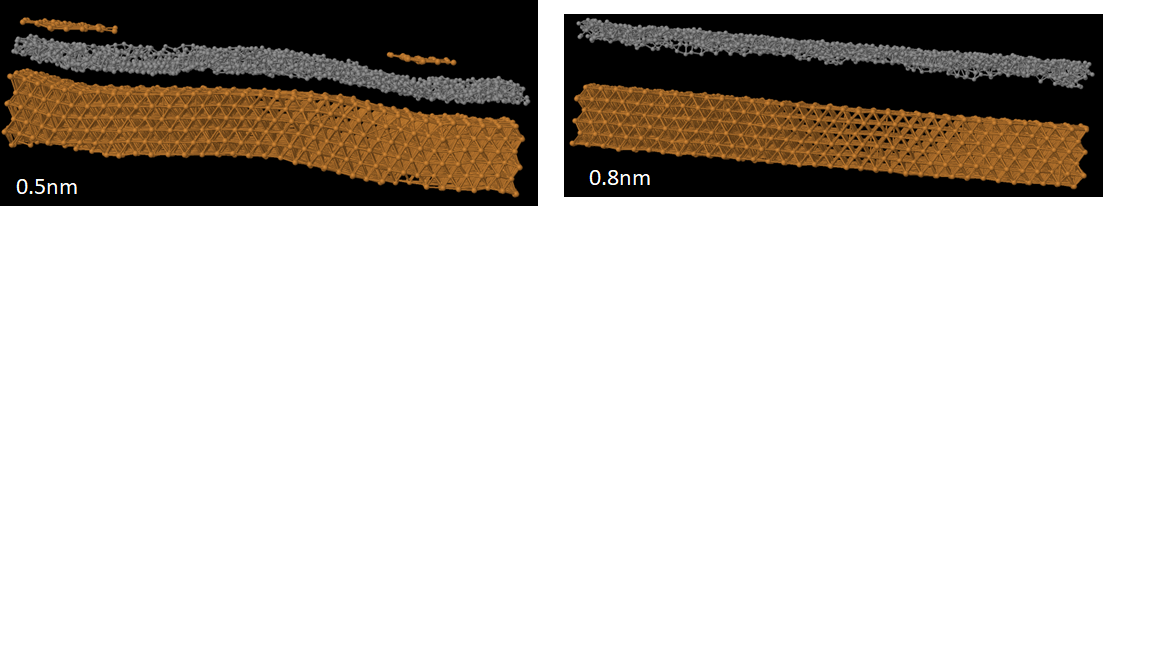 Your force field is bogus.

You compute AIREBO between all atoms and add to that EAM between all and the lj/cut. You need to use hybrid, not hybrid/overlay and use it correctly. GI-GO!

In case of 0.5nm, some Cu atoms are crossing the bottom periodic boundary (PB) and appearing on the top.

Make sure that locations of PB are correct. If there is no issue with initial structure and force field, you could try with energy minimization ‘minimize’ before applying NPT.