I have a problem of interpreting the autocorrelation. I made two calculations of the same problem. One at a time step of 5e-4 fms and one at 5e-5 (electron units). In both the energy was reasonably conserved.

The AC was calculated by the direct and Fourier algorithms from the book of A&T (the dump file was disentangled in per particle files with a program of Alex K. and an average over 20 - 30 particles was done). It was also calculated with a more complex program from F&S for which no disentanglement is necessary and the average is automatically included.

Contrary to the expectations and common sense in the first one the correlations are identical while in the second one they differ by a factor of 10 (the ratio of the time steps).

What I am doing wrong ? 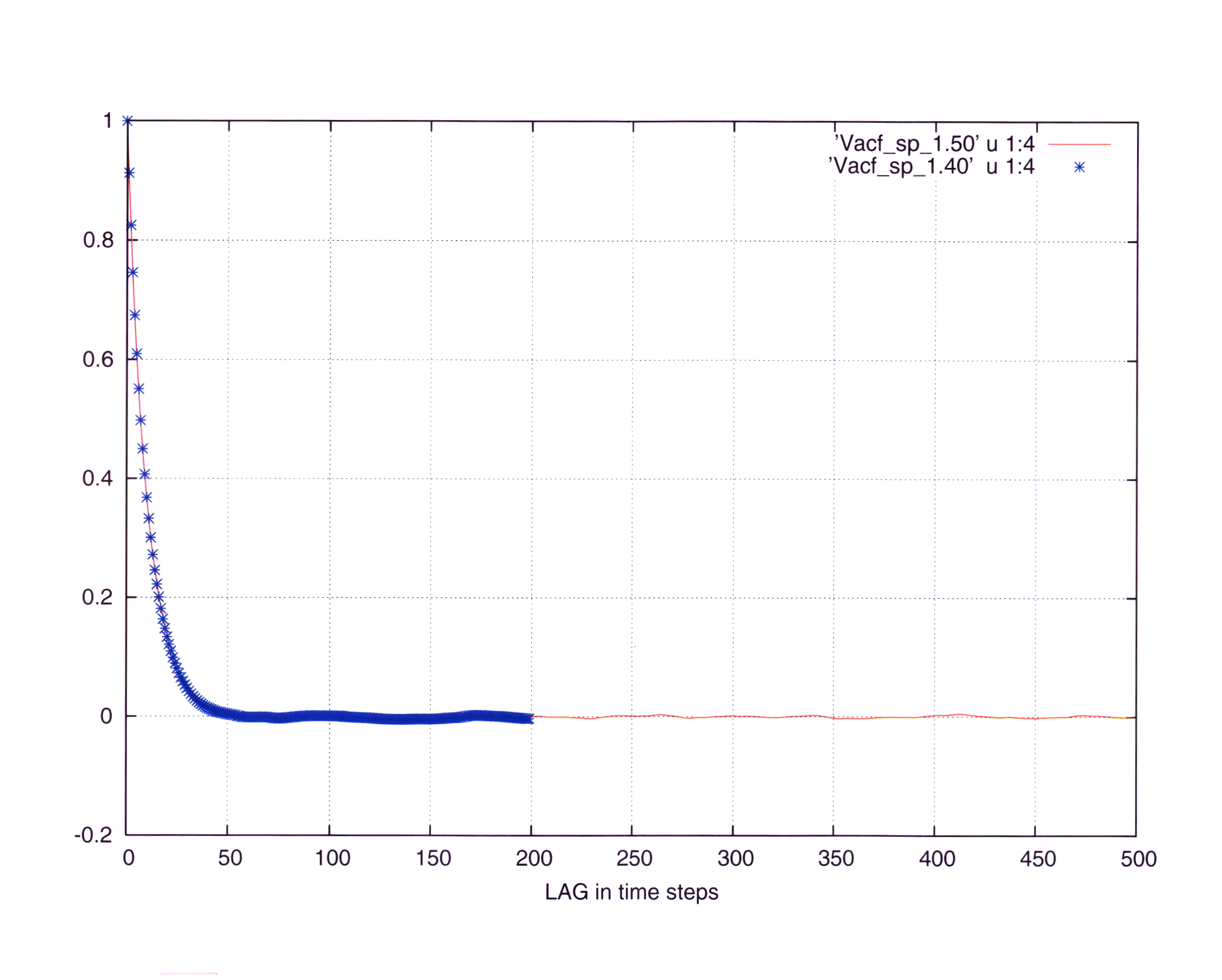 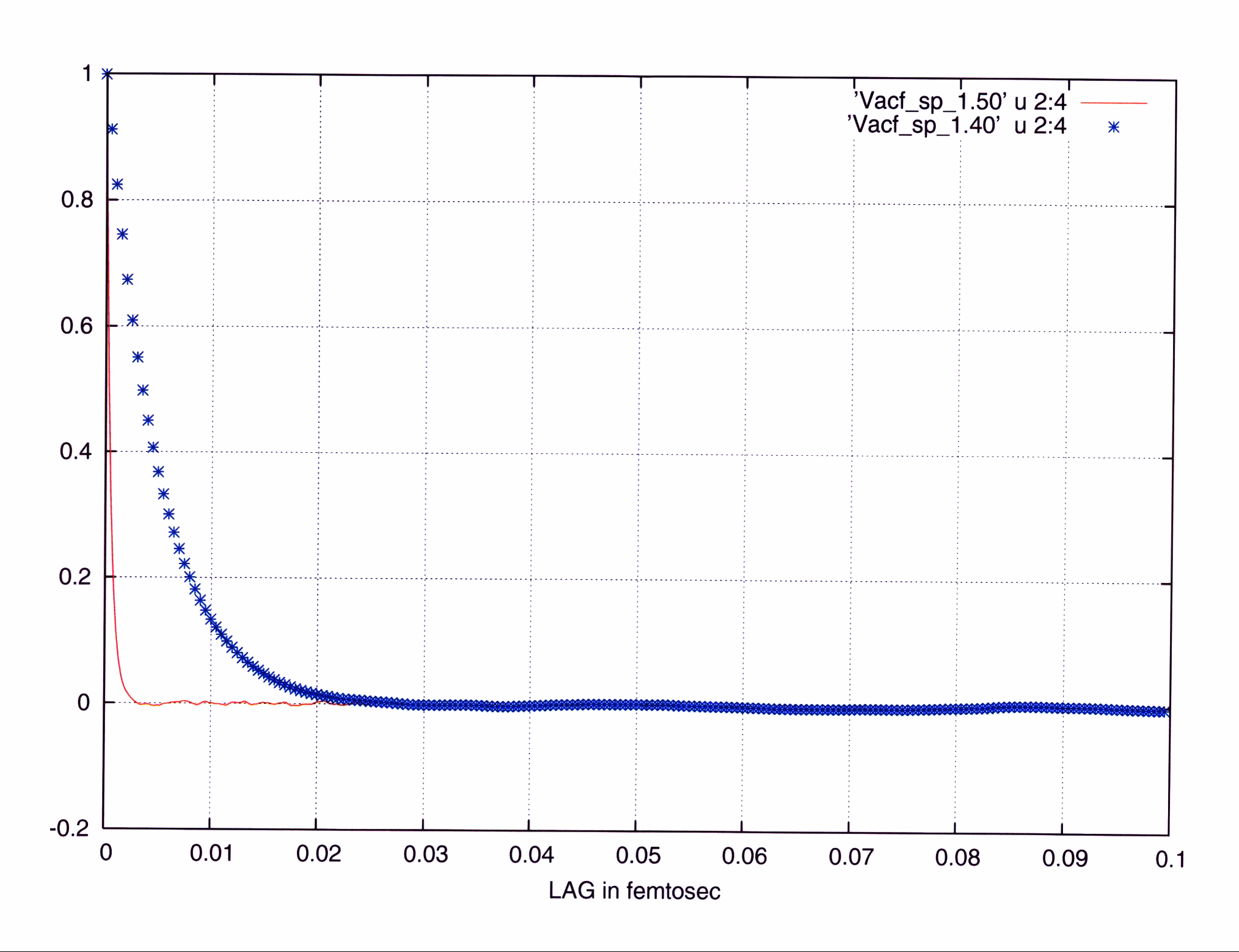 It looks like you've multiplied both numeric lags by the same timestep, forgetting that the second simulation had a timestep ten times smaller:

What you need to do is: