I am simulating convective heat transfer in a 2D nanochanel using lammps. These pink points are 600 solid wall atoms and the light green points are 10000 fluid atoms. All solid atoms are constrained to their initial positions using fix spring/self command. p and f style boundary condition is respectively applied in the x and y direction. The fluid zone is divided as three components, body force zone, thermostat zone and sampling zone. For the whole simulation process, 10 fs is treated as the tilmestep and fix nve is used to update all fluid and solid atoms’ positions and velocities. 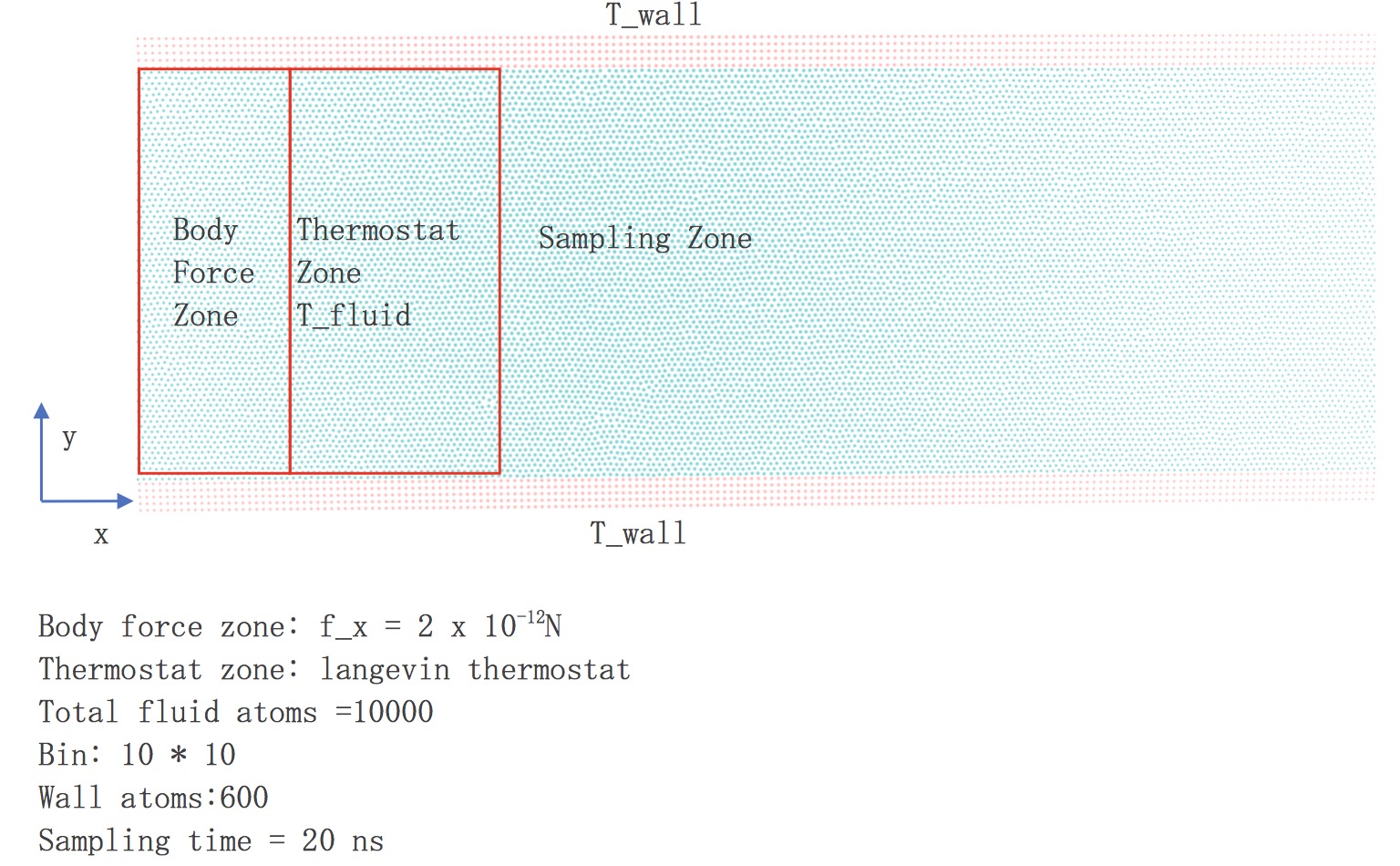 And the simulation steps is shown as follows

For the same model, I test three cases.

So my questions is why the temperature profile seems not reasonable. Maybe because

(1) I misuse the fix nve to update fluid atoms’ velocities and positions as reported in Lammps documentation ‘This fix ave creates a system trajectory consistent with the microcanonical ensemble.’ (the link is http://lammps.sandia.gov/doc/fix_nve.html). For the sampling zone in my model, however, does not accord with the microcanonical ensemble. If this is the reason for the wrong temperature profile, would you tell me which time integration command I can use for my model ?
(2) For all three cases, there is a large amount viscosity heat occurring at the vicinity of solid wall. However, convective heat transfer between solid wall atoms and fluid atoms is not very obviously. As I used a large body force on fluid atoms in the body force region (the velocity of centre of mass for fluid atoms in the sampling zone is around 100 m/s) and the number for the solid wall atoms is not larger enough.
(3) or some reasons I do not known.

My inputfile for test case 1 is also attached in this email.

I will be grateful for any reviews. Thank you again.