Could not display figrecipes plotly plot in google colab

I could not display figrecipes plotly plot with the code give in the official matminer page. The code is:

tried the following to fix issue, but could not. 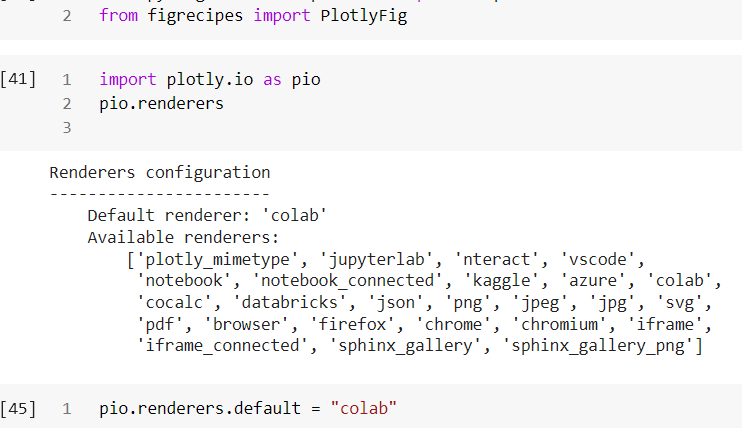 Still unable to get plot in google colab.

How to fix this issue?

To display the figure, you can enter

after line 5 in your first image (see the plotly docs).

I tried with commands you suggested, the following are the outputs:

No plot with pf

My bad, I assumed that it would behave the same as a native plotly figure, but it doesn’t. Have you tried the keyword argument mode="notebook"? I found it in the examples.