Dealing with Coulumbic interactions in the Core-shell model

I am trying to figure out the best way to implement a core-shell model where the core of an atom interacts with its shell via a spring-like bond but the rest of the particles have a Coulumbic interaction. I will use oxygen as my example.

How should I approach this?

PS. My Rydberg potential works, I should have a description written by the end of the week.

Shouldn’t the 1-2 interactions take care of this, since the core and shell are bonded to one another?

The 1-2 interactions are fine, its just that I want to be able to turn off certain pairs of Coulumbic interaction. I made a diagram, I hope it helps.

In the diagram, the desired interactions of core A are shown. 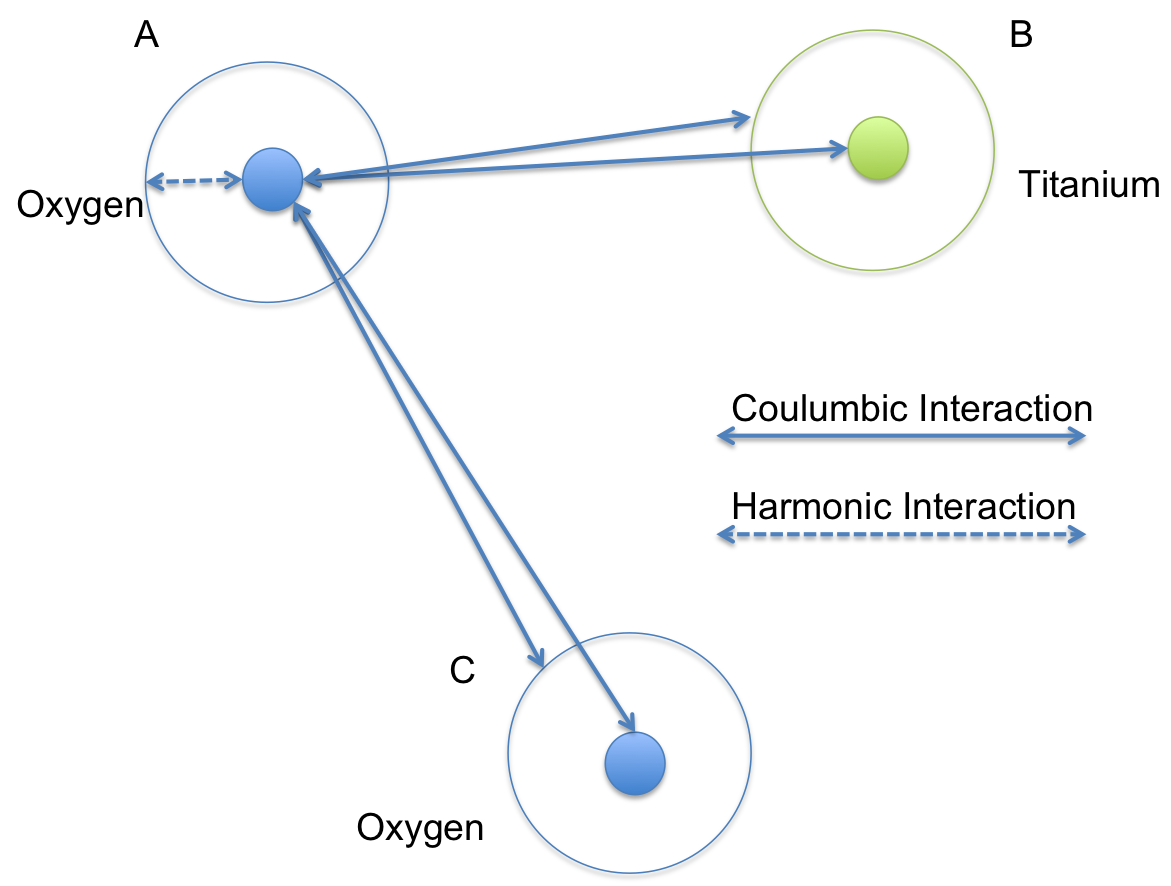 You should talk with Mike Chandross at Sandia (mechand at sandia.gov),
who is also working on a core/shell model for LAMMPS.

More broadly, I suggest folks look at the "wish list" page on
the WWW site when embarking on a big development effort,
or post here, as you may find collaborators or avoid duplication
of effort.