Hello all,
I am trying to run a simulation from lammps restart file that I had saved. However, for just one particular file
the restart always reads in the wrong dimensions of the simulation box.

To elaborate, here is the sequence of events that I encountered. 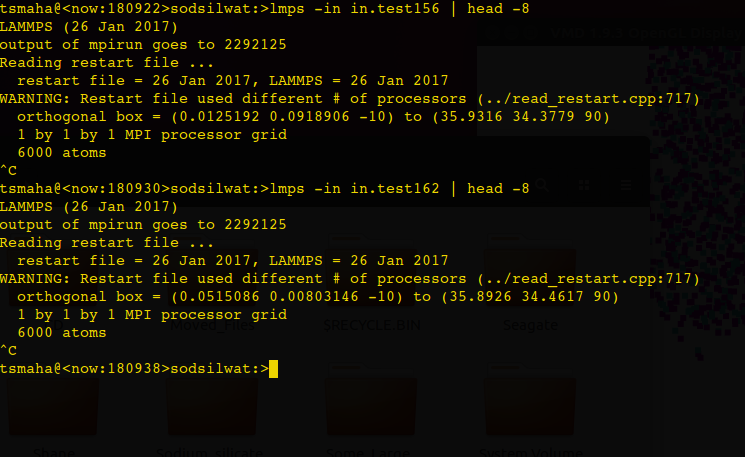 This happens even when i use multiple processors - #162 always reads the correct dimensions and 156 does not.

Also, I was trying to read the restart file - but don’t find a suitable version of restart2data.cpp anymore - is there an

updated version of restart? I haven’t used read restart in a long time and so I am not sure if this error has been

encountered before by others.

a) nobody will do any debugging for a version of LAMMPS that is over two years old. please update to a current version of LAMMPS, confirm, that the problem still exists and provide a minimal and fast/easy to run example that can reproduce the issue.
b) please re-read the documentation. restart2data has long been retired and the same effect can be achieved with read_restart followed by write_data. this can also be triggered from the command line.