The structure (both the core-shell and core structure) will be equilibrium at 298k after minimization and followed by gradually increasing the temperature to reacting temperature (3500 K).Finally, the structure will be allowed to reacting at 3500 K for some time. The forcefield is Reaxff for mentioned processes. Similar process is also used in this paper[1].

The attached pictures are the configuration at 298 K 1200 K and 3500 K (The oxygen molecules and hydrogen atoms is invisible to help visulization,the molecules in the culster are polycyclic aromatic hydrocarbons ). It is clear seen that the structure (core structure) keeps as its original structure at 298 K and the gradually fall apart when the temperature increases, which makes me cannot achieve my goal. The reason for falling apart is that the kinetic energy exceeds the LJ potential.

To achieve my goal, I got two ideas. The first one is to define the cluster (core structure) as a group and use the fix drag command to confine the cluster at specific region when increasing the temperature, and I will not use the fix drag command at reacting stage because I will analyze the mechnism at the stage, and I concern that the extra force will affect the mechnism. The second one is to use the LJ potential combining with Reaxff. I will manually increase the LJ potential to between the molecules in cluster force them together when increasing the temperature. And then I will only use the Reaxff in reacting stage(At present, I do not know how achieve the second one in lammps).

Can you give me some suggestions for my idea? And it will be grateful I you have other idea that can help me to achieve my goal. 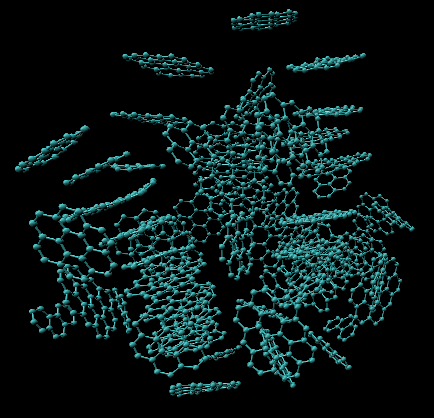 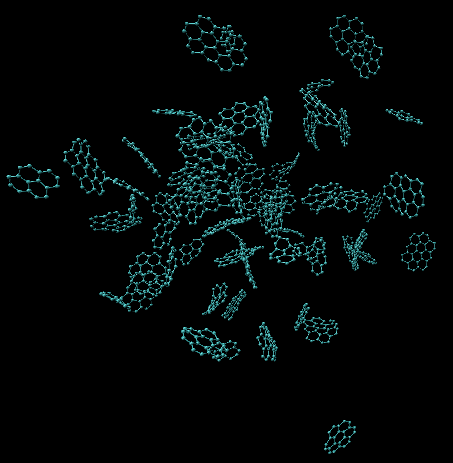 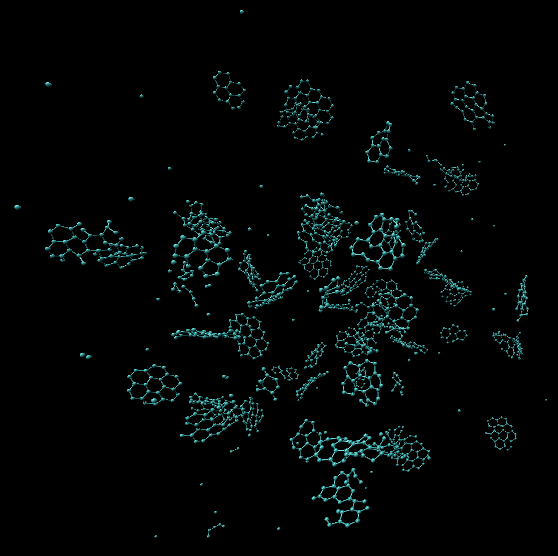