I’m recently facing weird errors for outputs of the “calculate property/atom” command. I use “fix ave/time” to log the data calculated by the following command:

The problem is that no syntax of different modes of vector or scalar works. Also, I tried to change c_3V[1] c_3V[2] c_3V[3] only to c_3V and other formats to check which one eventually works but none of them helped. I would be thankful if you just guide me to fix this and I learn how to make outputs for the mentioned compute command. 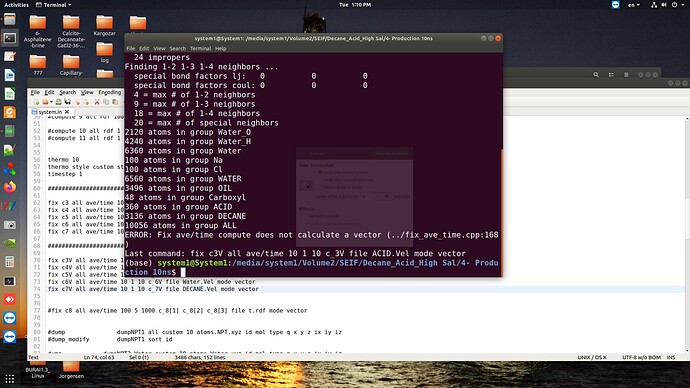 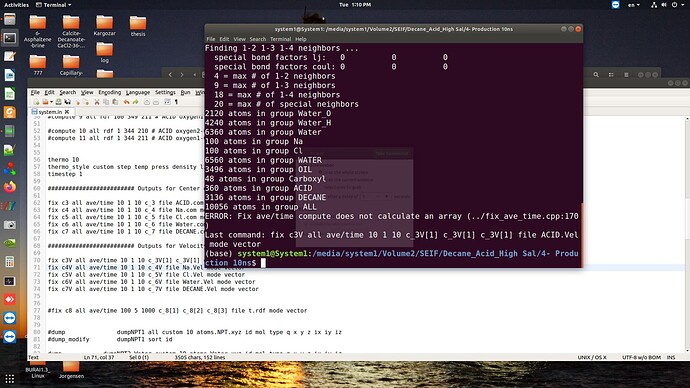 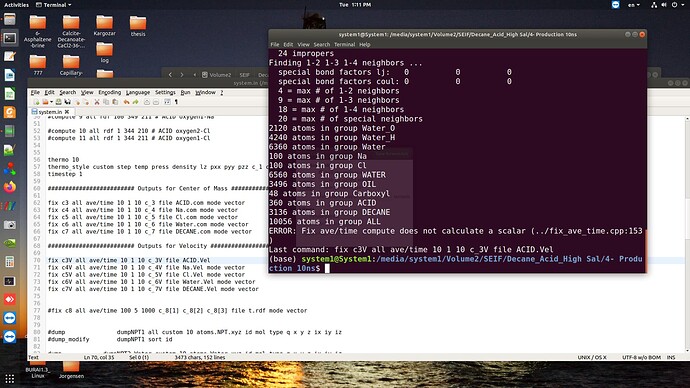 fix ave/time requires vectors, and compute property/atom outputs per-atom vector. This is not the same. You have to either use fix ave/atom instead, if you want to output averaged per-atom data, or compute reduce to sum the per-atom vectors and then take an average of the sum.

More info can be found in the LAMMPS manual pages for mentioned commands.

Thanks a million for your answer