I am trying to calculate contact angle of water droplet on K-illite surface, which is triclinic system. Figures of systems are presented below. I want to get the contour map of mass density for water. So, I used command “compute densitymap killite chunk/atom bin/cylinder z 0 0.5 56.6814301530825 70.8451929595014 0 0.5 70 nchunk every limit 0 ids every compress no discard mixed units reduced bound z 0 100” ,“fix waterdensity killite ave/chunk 10 10 100 densitymap density/mass norm sample ave running file densitymap.txt overwrite” to compute and output the density distribution. But, I got a wrong result “densitymap.txt”, in which the value of mass density for water is zero. I have checked my input file carefully for several times, but I could not find any problems in input script. My lammps version is 29-Oct-2020, lmp_intel_cpu_intelmpi, and GPU was used to acceleration. The input file was attached. Hope you give me some useful and valuable suggestions. Thanks. 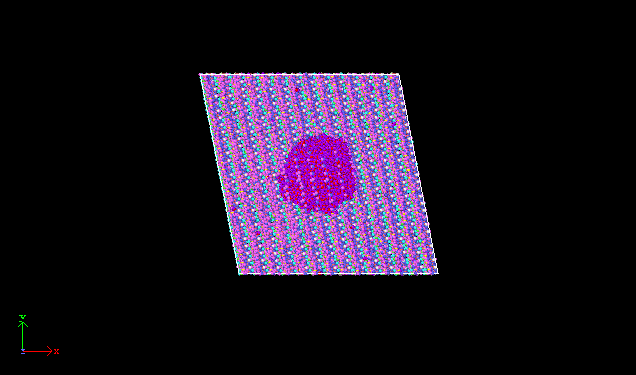 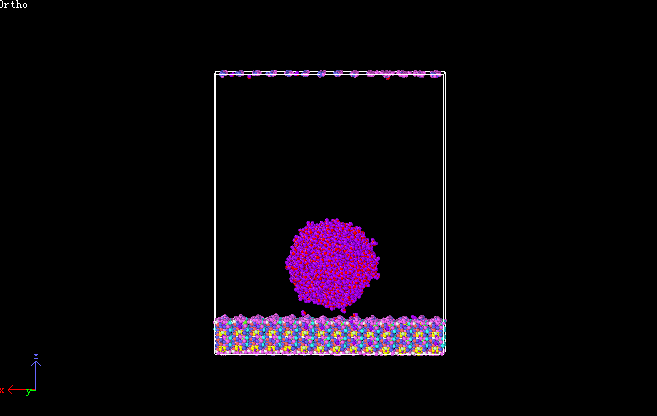 I suggest you debug this by testing simple things first. Build your system in an orthogonal box.
Define your chunks. Run for 0 steps and dump out the chunk ID assigments to a dump file.
Verify those are what you expect. Then add the ave/chunk command for density/mass and
run for 1 step (don’t even need to move the atom (no paire, etc, kspace styles). Look at the
output file from fix ave/chunk 1 1 1. See if it non-zero. If it is zero, then post your script
and results. If not, turn on you complexity one feature at a time, e.g. triclinic, recentering, etc
and see where things go wrong.