because I faced some problems with respect to the EAM-MD simulation for alloy, e.g. Ni-Al, I would like to post this email to LAMMPS community in order to get any advices and comments or hints.

2) Phase separation in liquid:
To get the atomic configuration of liquid Ni25Al75, I performed the NPT simulation starting from fcc crystal and continue the NVT simulation to equilibrate the system. At the end of NPT or NVT simulation, I got also undesirable configuration, that is, phase-separated liquid, not fully randomized mixture of phase. Dump file shows visually that there exist some separated part of pure Ni and pure Al. Is it impossible to get fully mixed configuration of alloy liquid by NPT or NVT MD simulation? If not so, how can we get liquid configuration in fully mixed state? Or is such problem from the EAM potential used in work?

Any advices and comments or hints would be thankful! 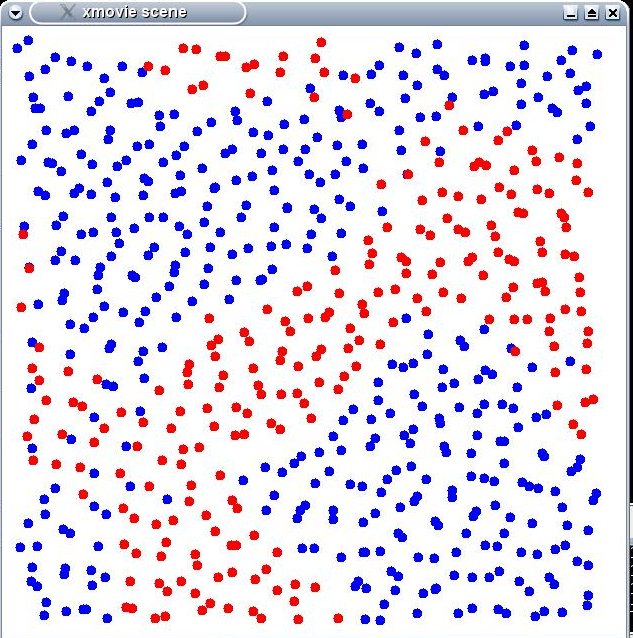