I was trying to run a simple shear on a single fcc Ni sample using the example input script of 10Nov05 version. The only difference is that I changed the ensemble from NVE to NVT. The periodic boundary condition is s s p for (x y z) respectively. The atoms are divided into four groups according to their y coordinates.
upper: y > 38.6
mobile: 1.4 < y < 38.6
lower: y < 1.4
boundary: upper+lower

The sample size is :40x40x40 (distance unit, [Length/lattice constant]). The forces of boundary group was set to 0 0 0 for fx fy fz. After intial equilibration, the velocities of atoms in upper group are set to 1.0 0 0. To alleviate the shock introduced by the high strain rate, the atoms in mobile group is given a initial vx that varis linearly from 0.0 to 1.0 depending on their y-coordinates. The nvt fix was on all atoms, but only the temperature of atoms in mobile group was controlled during the shear.

Following are my questions:
(1) Does the nvt simulation change the velocity of the upper group during the shear?
(2) From a snapshot of the simulation, atoms in mobile group start filling in the space left by the upper group. Same thing happens near the tail of lower group even though they are supposed to be static during the simulation. Please find a picture in the attachment. Is there anything wrong with my script file? Does the shape of the box affect the shear?

Following are my script file: 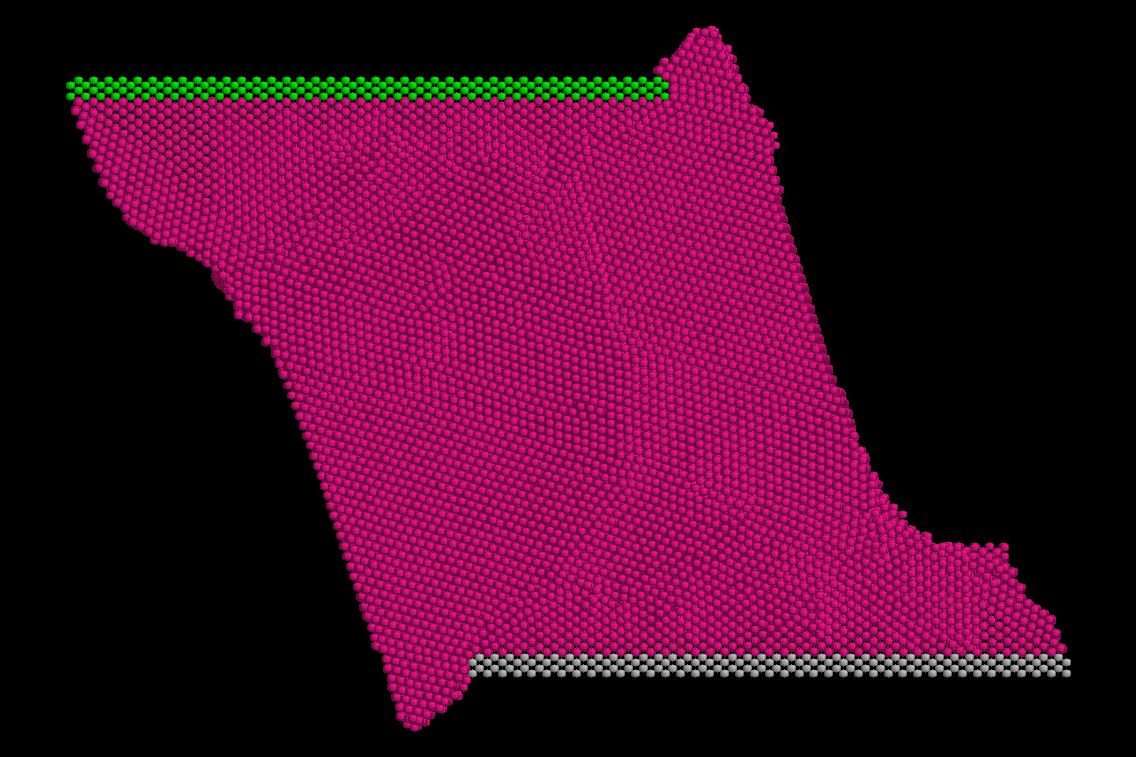 If you do nvt all, then the time integration performed by NVT
will include the boundary atoms, which probably isn't what you
want. You should just integrate them via NVE.

Also, if you are doing NVT, you want to be careful to not
include the horizontal motion of the atoms in the computed T.
See temperature ramp for an option that discards that component
of the motion.