[lammps-users] Temperature going down to zero!

Hi Sourav,
I have a few questions.

Here are my observations:

Hope I have given a better insight now.

Looking forward to your suggestions.

Thanks very much.
Sourav

Hi Sourav,
I have a few questions.
1. Does temperature remain constant for a long period of time without the

2. What happens to the potential energy?

Steve and all group members,

Thanks for your suggestion. I ran another simulation. In this one, the core

silver (441 atoms) and 10 singular silver adatoms are introduced one after
another at a gap of 1000 picoseconds. It is evident from the attached picture
that the temperature sharply goes up everytime when a new adatom (in this

silver) is introduced and then steadily goes down. The total energy is also
dropping slowly. I have not changed the previous code other than

9 more silver adatoms and changing the delay between each.

I am still pondering over why this could happen. Any help would be vital for
my work and much appreciated.

<[email protected]> writes:
> I don't see anything obvious wrong. You might try removing the angular
> momentum fix - I doubt it is doing much. You can zero the angmom
> when velocities are created. I would run a smaller, shorter simulation
> to debug it.
>
> Steve
>
> > Hi,
> >
> > I have now upgraded the LAMMPS version and got rid of the 'illegal
> > create_atoms command' error. Valeria was right to point that out. Thanks

> > everyone for your suggestions. Now I having a major problem, which I

> > then when I introduced single silver atom at radius 6 lattice units and
gave
> > it a small velocity toward the core, the temperature (and thus kinetic
energy)
> > started going down rapidly when the single Ag atom came closer to the
surface
> > of the core and entered its subsurface. The temperature went to zero when
run
> > for longer time. There is just the Ag core and one Ag atom approaching 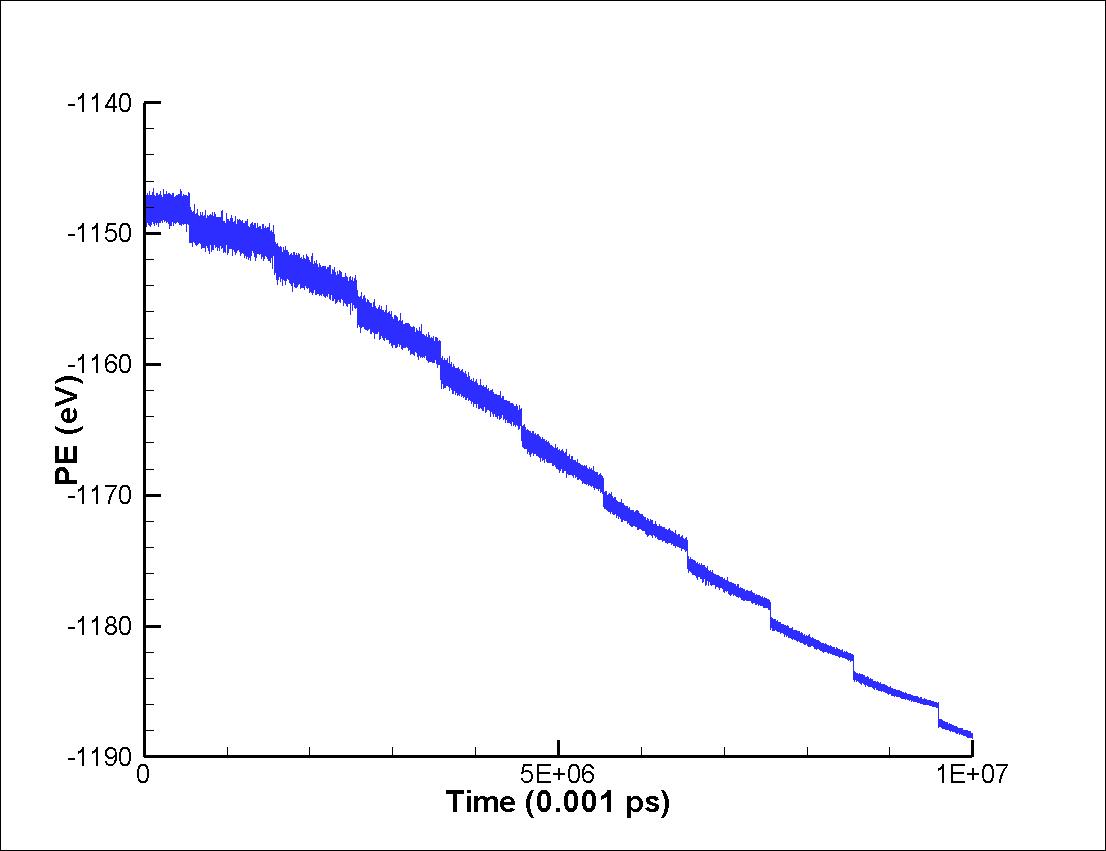