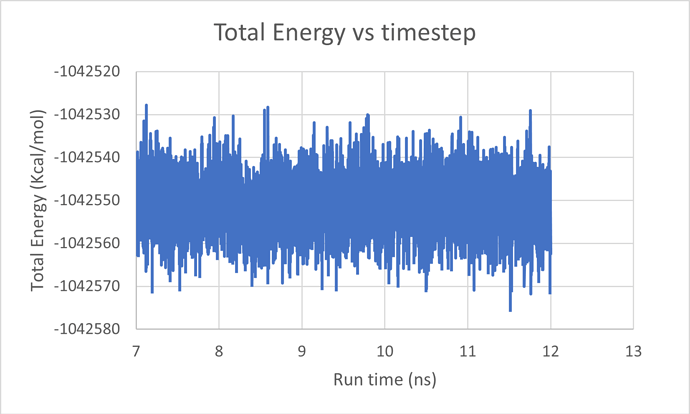 The amount of fluctuations will depend on the number of atoms, the amount of discretization (= length of timestep), the choice of cutoff, the integration algorithm and more.
If you run for long enough and compute a suitable running average, you will also see a (small) drift which is due to error accumulation. It should be kept small though for a good approximation.

Mind you, the relative error in your graph is around 2e-5 so not overly large.