I specified opls-aa ff as the force field in the esh file. What should I do to solve these errors? Should I modify the opls-aa prm file or what? Thank you all. Really appreciate it!

note: I followed the previous post and found my site 16 and site 21 are two atoms: N in an imidazole ring and C that is bonded to it. 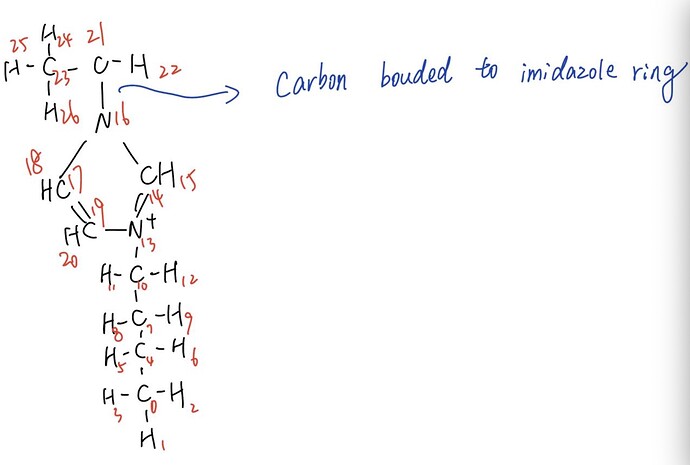 I checked the opls-aa.define file and found there is some kind of definition of imidazole: 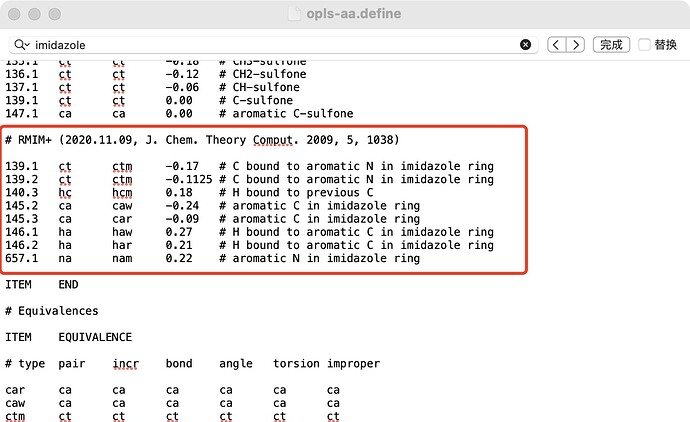 But this piece of information is missing in opls-aa.prm file, so the errors occurred.
I followed the other post, used the emc_opls.pl file to execute the convert.sh file in the same directory, and then ran build.emc again, the errors still occurred. What should be done next? Thank you all.

You can add the missing rule in the opls-aa.top file. You have to check the exact atom type, reference number and charge in the oplaa.par file.

Hi there, thank you very much for commenting on this. I can now find the missing rules for the atoms in the build.out file. for example, I have a site 10 whose rule is missing, I can locate site = 10 in the build.out file and to see which rule should be satisfied, just like this: 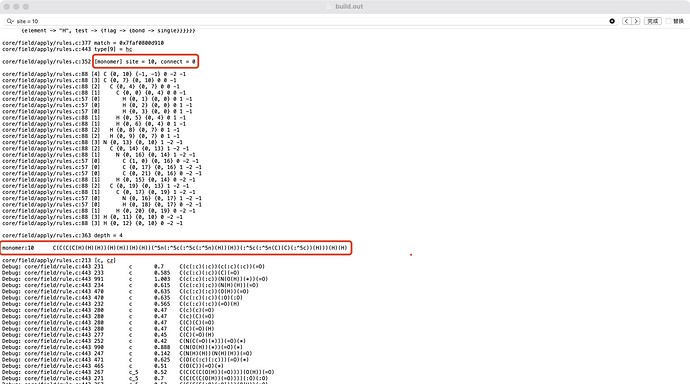 Then I should check relevant literature and then add this rule in the opls-aa.top file, so do other missing rules. Thank you for your explanation! I’ll try that asap.