I have a simulation with 1000 time steps(to try). If I use the MSD command as follows:

I get the following output:

I can graph this , however , it has just noise.

To improve this and because the fluid is in equilibrium , it occurs to me:

I do this to generate 10 straight lines of MSD vs. time , where time is from 0 to 100 in each graph. With these 10 graphs I want to get an average graph and calculate the diffusion coefficient .
Check the documentation : http://lammps.sandia.gov/doc/Section_howto.html#howto_22 however , I see, it is to calculate the value but not for the MSD vs. time graph with a good statistic.

as I can reset the MSD command every 100 steps to carry out what I have in mind? No where to start. I’m trying to do something with the if command but has not given me results .

Any help is welcome.

common in MD. Unfortunately it is hard to do on-the-fly,

of starting points (sets of coordinates for all atoms).

That’s easy for a user to abuse and blow-out memory.

So we haven’t implemented it. But you can easily

do it post-processing, e.g. from a dump file.

I have one doubt,
It does not intend to make the statistics on the fly. I wish every 100 time steps will create a file using msd.dump " uncompute " every 100 steps , so would be replacing the initial time positions uncompute invoke the command , so there would be no memory overhead .

Using current functionality lammps Can I do something like this ?

Similar to what you would do object-oriented programming.

your input script - see the jump and next commands.

To get the MSD values to a file, you will need to use

fix ave/time or a print statement.

My earlier email assumed you wanted to compute MSD

over long timescales and have multiple starting points

during the long time. That is a more typical way to

get good MSD stats. MSD for just 100 timesteps is

not likely to be an interesting value for most systems.

thanks will try what you mentioned with loop and jump .

Actually what I want to draw 60 or more curves and averaged MSD with a post -processing. Similar to what was done in 1964 rahman .

I want to extract these curves one phase space trajectory , creating them at different times of origin. 100 steps is just one example , could generate 60 curves each of 1000 steps . 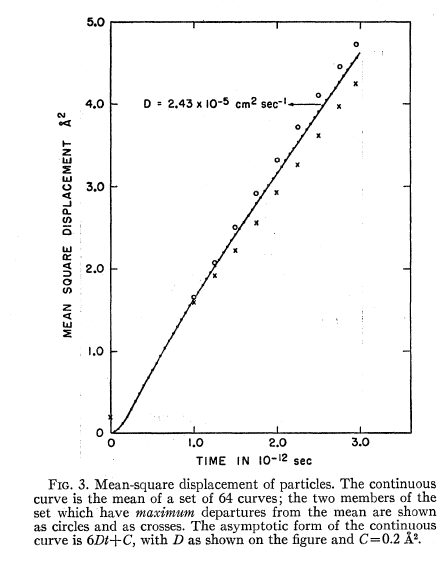 MSD values for an N-step run within the loop.

Note that image flags are important when computing an MSD.

LAMMPS uses them internally to unwrap the atoms when computing
an MS.

for MSD thru rerun.

thanks, loop worked for me . The MSD calculations were performed using rerun .
for example, the following code genre me 5 curves:

uncompute MSD
unfix result
next a
jump SELF loop

Now I can be parameterized to generate 60 I want and then post- processing by averaging those curves into one. After 200 steps , for all curves MSD value is approx. 3 Angstrom^2 , which is what I expected.

thanks for the help. 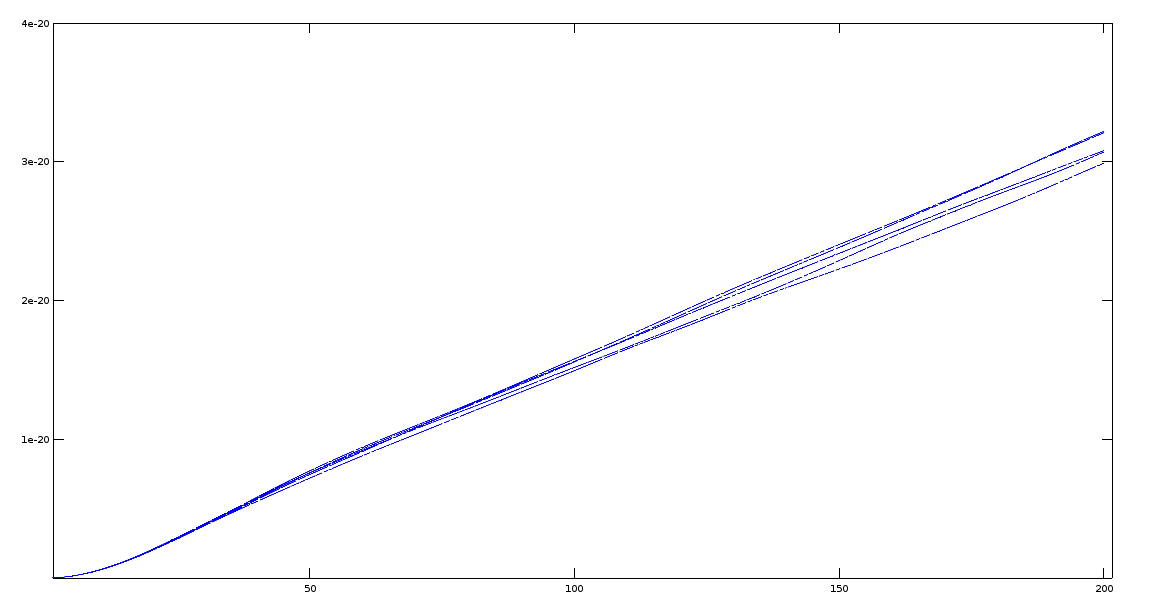