I’ve been working on some radiation damage models with CaF2 and I’ve been using pair_style table in defining my force field. While is seems to work well during equilibration the table produced by pair_write does not compare well (specifically in short range – entries 1-24). It does a similar thing for each interaction be it Ca-F, F-F, or Ca-Ca where the energy and force are even grater than what is originally entered for those ranges. Below is my forcefield definition and an example of the Ca-Ca interaction table input and output from pair_write.

Plot is attached. As you can see it is up until .65 Angstroms or so the plots vary wildly. After that they seem to converge and are nearly identical after about 1.2 Angstroms but with radiation damage calculations my atoms will be getting very close together and I need to make sure what is being used to calculate the potential and force from my table is working correctly. 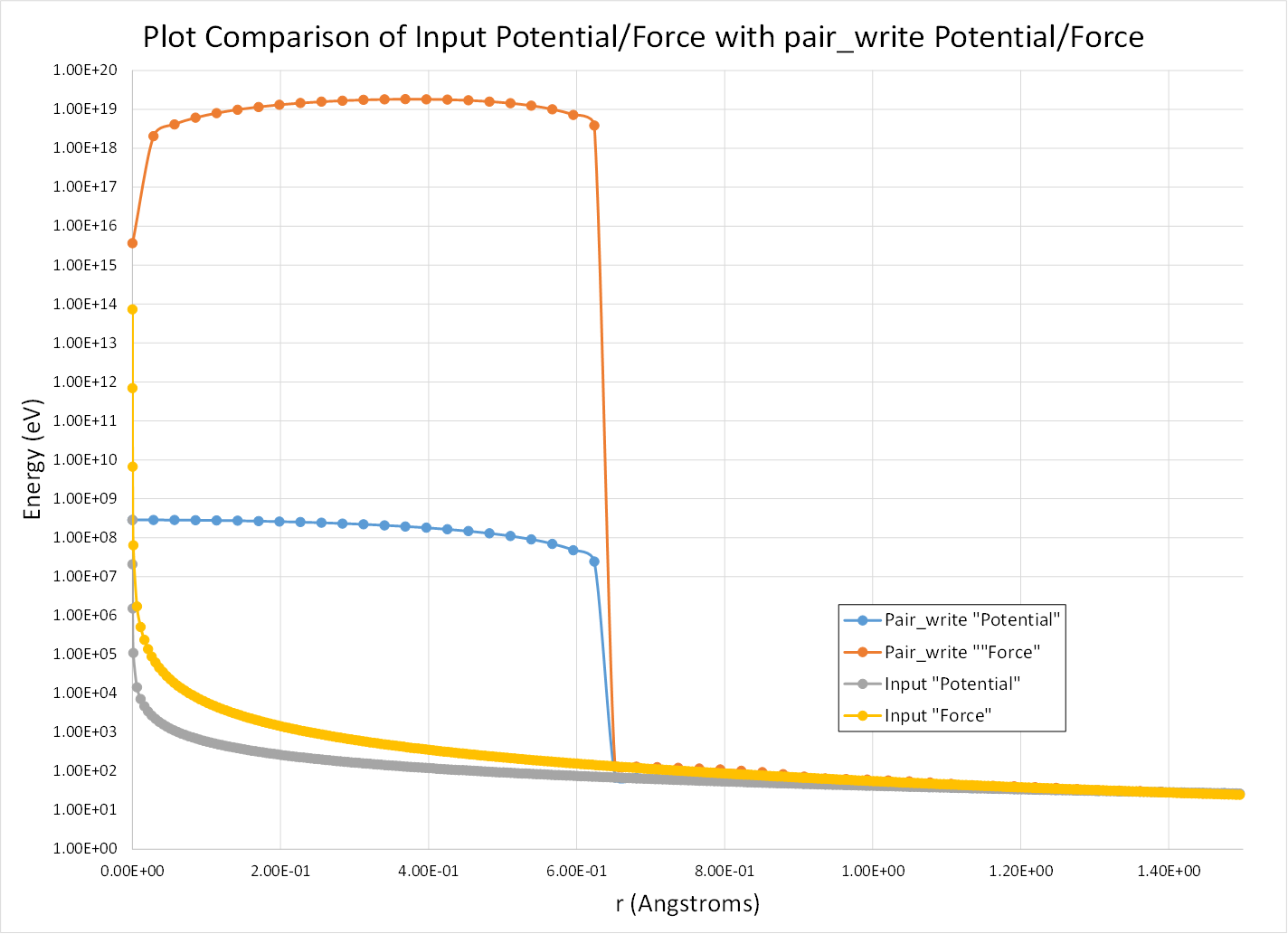 b) can you post the full input tabulated values (530 pts)

pair table (which will require you re-tabulate your function)

at whatever resolution seems adequate

Thanks for the reply Steve.

(a) I attempted this without the /gpu and it still did the same thing.

© I attempted using R after remaking my table to have values at equal intervals but the output table still didn’t work right.

I also attempted using “lookup” instead of “linear” to no avail…Though the issue was a bit different that values were still wrong.

I’m having trouble thinking of how to do an RSQ table with atoms closer than 1 Angstrom because if I go up to 15 Angstroms there is no way to have one table with values spaced out as the square of each other including values below and above 1 Angstrom correct?