I want to generate a potential which is a composition of Buckingham, Coulomb and ZBL potentials. I am checking the potential using pair_write command, but there is a discrepancy with Coulomb potential (coul/long).

Part of the commands is:

However, when I plot the pair_write values comparing with Coulomb potential values,

where C is the energy-conversion constant in metal units (~ 14.39), I found a big difference. The plot is attached. For Buckingham potential, I did not see any difference when I compare the potential function values with LAMMPS tabulated ones.

Can anyone figure out what I am missing? 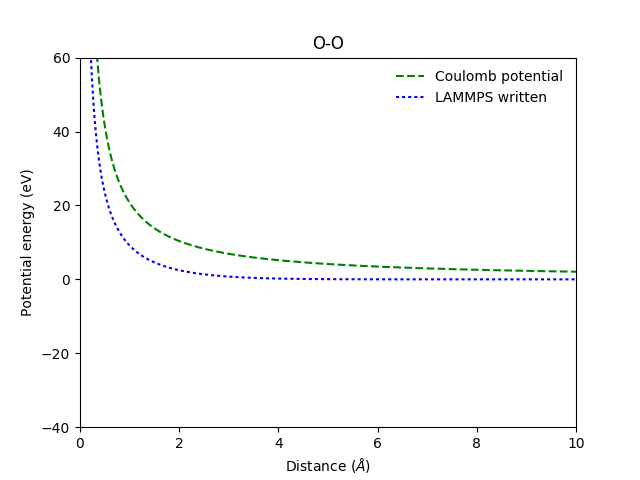 Do you get a different answer when you don’t use pair hybrid (just coul/long)?
What units are you using in your input script when you produce the
plot for coul/long and for Buckingham?

All results are in metal units. 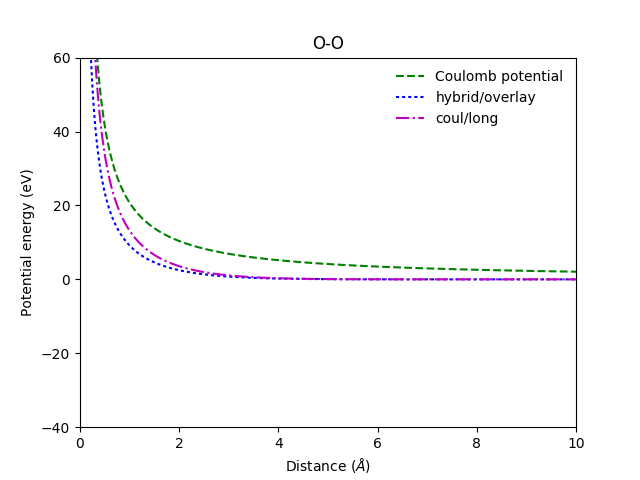