I am currently writing a small tutorial to explain the difference between molecular dynamics (MD) and Monte Carlo (MC) simulations. The system is a simple box with Lennard Jones atoms. The center of the box is made energetically unfavorable for the atoms thanks to the addforce command which add an extra potential to the atoms. The extra potential U (and force F) looks like that :

If I run the MD simulation (NVT ensemble), I’ve got the expected behavior very quickly, ie the atoms are (in average) excluded from the center of the box: 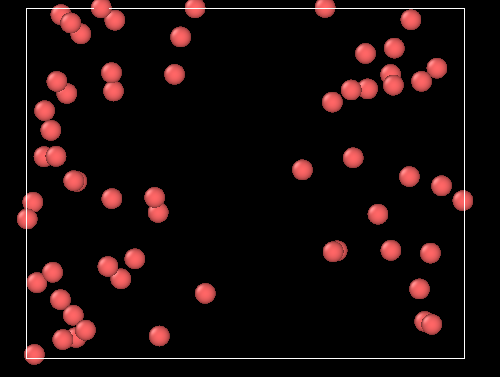 If I run a pure MC simulation, however, using the fix GCMC as follow :

I’ve got the following weird behavior, where the atoms accumulate where the absolute value of the force is maximale : 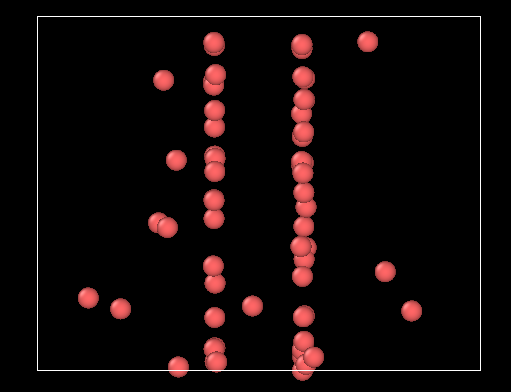 Here is a minimal script to do either the MD or the MC simulation, depending on what is commented:
input.lammps (898 Bytes)

Am I missing something obvious here? Or is this a bug?

Thank you very much for your answer, I missed this one in the doc.