Dear all, I performed the same simulation on two different versions of LAMMPS, and the results were quite different. I simulated the organic matter and a small amount of water molecules on the clay surface, and used the fix NVT “group” command (fix the clay layer, so it does not perform NVT integral calculation), which was calculated in LAMMPS-2016 and LAMMPS-2020 respectively. In the former simulation, all water molecules added to the clay surface diffuse into the box, while in the latter simulation, water molecules are adsorbed on the surface. I don’t know which result is correct.
I find that the system temperature output in the two versions is different. Is the fix NVT method different? Detailed documents attached. 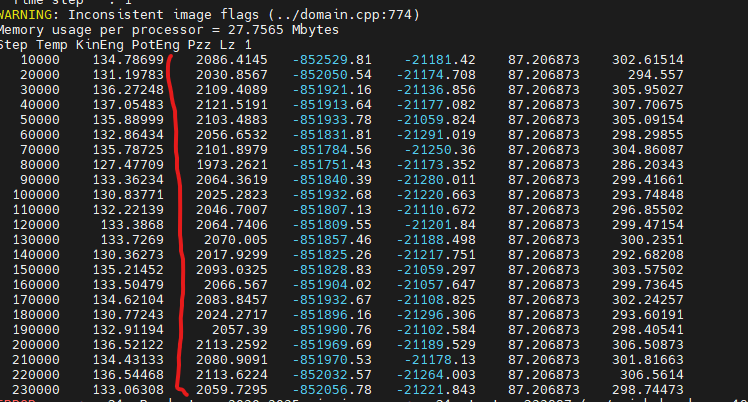 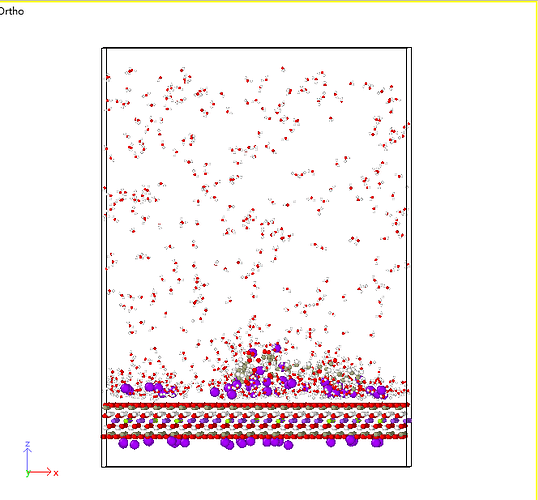 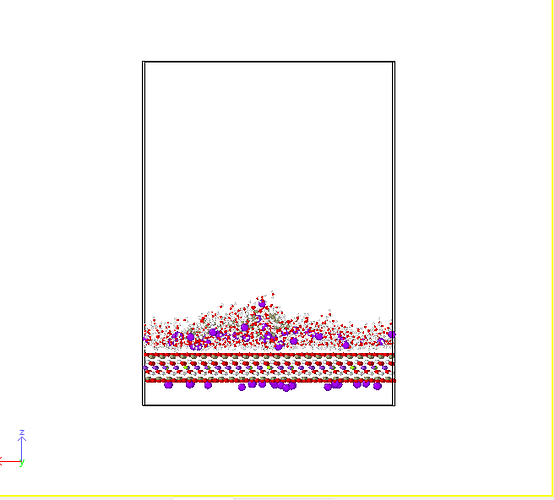 Is the fix NVT method different?

I doubt that fix nvt is responsible for the difference.

Actually, what is more striking that the difference in temperature is the difference in potential energy. It looks like the preceding minimization step has “found” two different minima. This could be caused by differences in forces.

I don’t know which result is correct.

Nobody can really tell. You would have to test each part of your simulation input individually. It is more likely that the more recent version is correct, but it could also be that your system setup and force field has some bogus parts and then the result is just random. Thus without careful testing and debugging it is not possible to make a dependable statement on correctness.