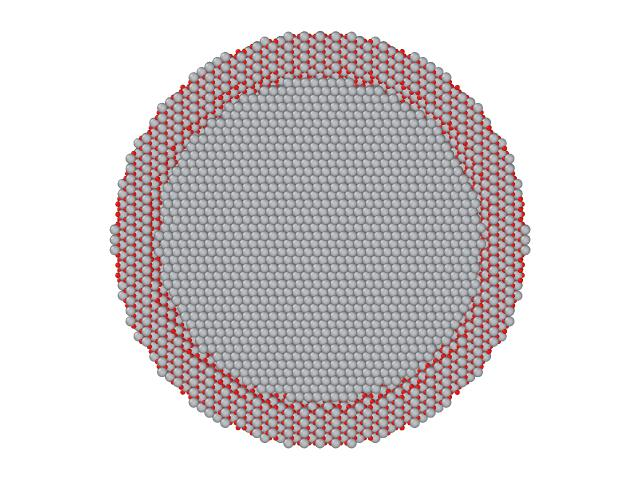 I wan to do Simulation on core-shell Ti-TiO2 where the core is built with Ti which is considered as zero valance or pure metal and TiO2 definitely have charges. I tried to see the literature but did not find at all. most of the case people do core-shell where they use two metal but my case, the core is metal and shell is oxidized. I want to use EAM potential for core and COMB3 for the TiO2.

Does anybody have any idea about it.

Why not use COMB3 for everything?
How do you propose to otherwise model the interactions between the Ti and the TiO2 subsystems?
EAM and COMB3 have very different approaches to model aggregate interactions and when using a hybrid pair style with LAMMPS you cannot use either for the cross-interactions since those have to be a simple pair-wise additive interaction (this is a limitation of doing this kind of mix-and-match combining of potentials).

Dear Sir, Thank you very much for your response. I want to observe the radiation effect. I have tried comb3 with TiO2 and it gave good defect distribution but for pure Ti I have found it does not show any damage, just one interstitial produce and move along PKA direction and vacancy defect does not move at all.

if you combine COMB3 and EAM, you will have a crappy description of the interaction between pure Ti and TiO2. with pair style hybrid you will essentially model the Ti core as if there is no TiO2 present and then compute the TiO2 as if there is no Ti core present and then have to use a (very) simple pair-wise model to describe the interactions between those two parts and then pair style hybrid will sum up the forces. because of that, it is impossible to represent the polarization of Ti due to the oxide layer and the resulting changes to the geometry.

so you can either “pick your poison” or will have to use more sophisticated (read more expensive to compute) methods of describing your material(s).